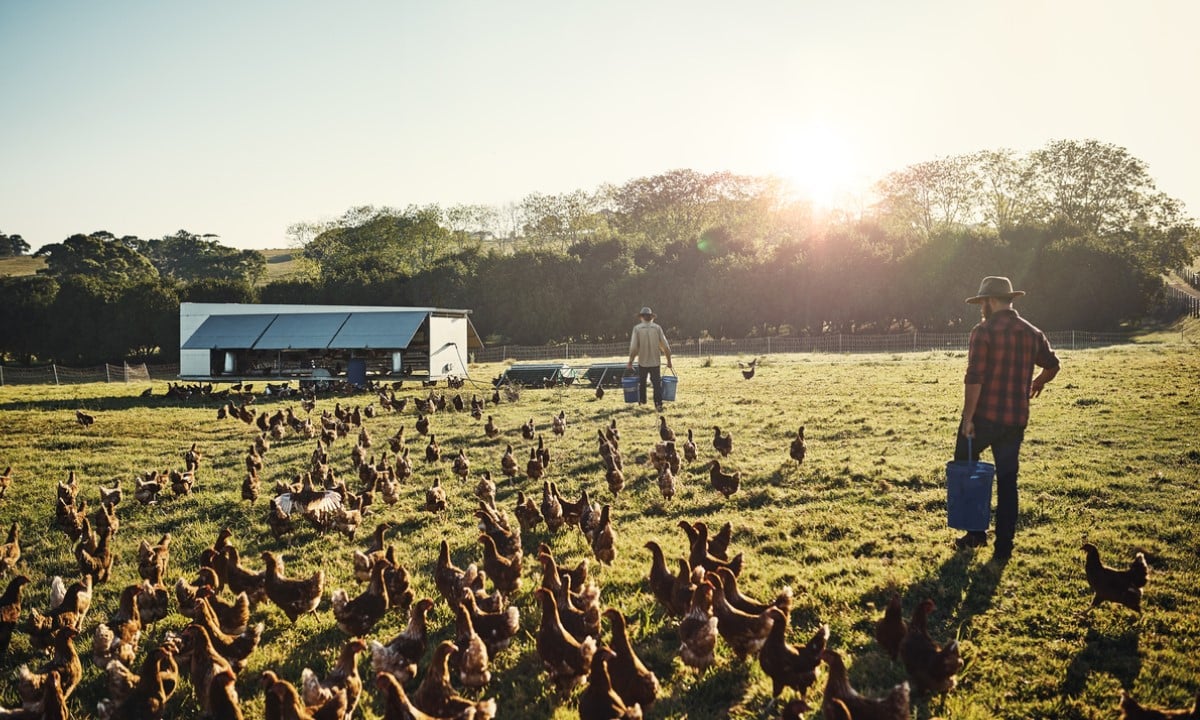 To the average person in the US, animal welfare laws may appear to be a sufficient means of preventing undue harm to the legions of animals who populate American homes, farms, and research labs. However, animal welfare laws and standards often fall short of protecting animals from suffering at human hands.

Animal welfare is also an ever-evolving concept that must continue to change in step with society’s changing values. Recognizing the weaknesses and shortfalls of our current animal welfare protections could potentially lead to far stronger standards and better enforcement—both of which animals ultimately deserve.

WHAT IS ANIMAL WELFARE?

Animal welfare is a concept relevant in any context where the freedoms of animals are limited for human benefit, whether for entertainment, food, or research. The purpose of animal welfare regulations and standards is to set a baseline of proper treatment that aims to reduce or eliminate unnecessary suffering at human hands. While historically focused on physical conditions, the modern concept of animal welfare also increasingly considers animals’ physiological and emotional states.[1]

WHY IS ANIMAL WELFARE IMPORTANT?

Throughout history, humans worldwide have questioned whether animals possess consciousness or sensibilities of the sort that humans enjoy. In some societies, this has led to the belief that animals are incapable of perceiving pain, pleasure, loneliness, love, or other feelings.[2] These conceptions—which are increasingly being questioned and disproven by scientific investigation—have supported the widespread mistreatment of animals under the justification of human utility. Discounting the feelings of animals has served as a convenient philosophical prop for the many animal-exploitative industries that prioritize profit and convenience above compassion.[3]

Animal exploitation is prevalent in today’s industrial food system, epitomized by concentrated animal feeding operations (CAFOs) that maximize corporate profit at the cost of animal cruelty. The conditions in these facilities, which produce virtually all US meat, dairy, and eggs, illustrate how welfare regulations can still fail animals. In CAFOs, animals are kept in crowded conditions, often provided with little living space, and prevented from going outdoors. Yet even while employing extreme forms of confinement such as gestation crates—cages into which pregnant pigs are locked, preventing them from even turning around—meat producers can legally claim that they are following minimum welfare standards.

The problem is that welfare is subjective. Stakeholders within the meat supply chain perceive the adequacy of animal welfare differently depending on their role in meat production, their personal and community values, and the financial incentives or pressures they experience from their involvement in the industry. CAFOs became the industry standard because of the degree of control that can be exerted over every aspect of animals’ lives, from what they eat and how much they move to how swiftly their bodies grow. Weighing the profitability of these controlled circumstances against the moral value of animals’ wellbeing has resulted in a whittling-down of welfare standards and expectations across the industry.

Even continued human use of animals for food and fiber production need not require the suffering that animals raised on CAFOs currently endure. Reduced demand for animal products would reduce the industry incentive to operate CAFOs, which exist to produce enormous amounts of animal products quickly and cheaply. However, CAFOs are by no means necessary for feeding growing human populations, even if they do not choose to avoid animal products entirely. Animals can be raised for food or fiber while enjoying radically higher standards of welfare than the conditions in conventional CAFOs. Examples include small commercial herds of high-welfare, pasture-raised animals, as well as diverse models of subsistence ranching that allow animals to roam freely throughout their lives, following natural behaviors.

WHAT IS THE DIFFERENCE BETWEEN ANIMAL RIGHTS AND ANIMAL WELFARE?

Though both animal rights and animal welfare are concerned with the state of animals’ bodies and minds, there are significant differences between these two ideas. Animal welfare pertains to managing an animal’s experience while under human control, with the goal of mitigating or preventing extreme suffering at human hands. In this sense, animal welfare assumes humans’ use of non-human animals and does nothing to question the foundational ethics of exerting control over another being.

Animal rights, on the other hand, is an abolitionist frame that confronts the assumed power relationship inherent in managing animal welfare within the context of human use. Animal rights seeks, instead, the total liberation of animals from human exploitation for any purpose.

Despite their differences, these two concepts can overlap within the realm of animal advocacy. An animal rights-oriented organization or individual can espouse abolitionist views while simultaneously advocating for incremental welfare improvements that may render the lives of currently exploited animals more bearable in the meantime since these changes can be viewed as steps on a path towards ultimate abolition. Likewise, welfare-focused organizations and individuals can borrow from the philosophy of abolitionism by suggesting that profiting from animal exploitation under low welfare conditions is inherently wrong.

WHAT ARE THE FIVE FREEDOMS OF ANIMAL WELFARE?

The concept of the “five freedoms” forms the backbone of welfare within the UK and was first codified by the Farm Animal Welfare Council in 1979. These freedoms have since informed welfare regulations in other countries and for animals in captivity in contexts beyond farming.[4] Together they have helped to establish minimum living conditions for captive animals:

However, in recent decades, researchers have come to recognize that the five freedoms do not, on their own, fully capture the essence of what makes an animal’s life worth living.[5] The exploitation of animals for food and fiber contains certain necessary forms of suffering that cannot be completely eliminated if animals are to live under human management, and our concept of animal welfare must continually evolve and improve.

WHAT ARE THE FIVE ANIMAL WELFARE DOMAINS?

A paper published in 1994 expanded on the five freedoms to place more importance on animals’ mental states and acknowledged the role that physical factors play in shaping animals’ experiences.[6] The five domains outlined in the paper place emphasis on emotional wellbeing and the importance of environments and practices that can enable positive experiences rather than simply an absence of negatives.[7] The domains theory of animal welfare expands the five freedoms as follows:

Animals should be given opportunities to consume sufficient food and water, and their diets should be nutritionally balanced and varied.

The environment where animals are housed should be predictable and comfortable in terms of adequate heat, sufficient space, the availability of fresh air, and sufficient light exposure and social interaction.

The conditions of captivity should allow animals to experience little to no injury or disease, and animals should be able to attain a decent physical fitness level. Overall, their body condition should be similar to what they would experience in the wild.

Arguably one of the biggest contributions of the domains theory of animal welfare lies in the definition of agency belonging to animals and the various ways they should be allowed to exercise control over their own actions. The paper suggests that animals should be able to engage in exploration, bonding, foraging and/or hunting, playing, sex, and rest.

The mental life of animals should feature positive states, including pleasure derived from the satiation of thirst and hunger; physical comfort arising from the exercise and olfactory stimulation; and the experience of novelty, affection, and other gratifications.

THE HISTORY OF ANIMAL WELFARE

For thousands of years, humans have domesticated—by dominating—animals for food, clothing, labor, and other uses. Over the centuries, animals have benefited from a wide range of different protections in various areas of the world, ranging from European notions of domination to the Indian idea of ahimsa, or nonviolence towards living beings.

Despite the emergence of some human belief systems built around kindness and compassion for non-humans, animals have faced significant exploitation and mistreatment worldwide. The first animal welfare legislation was passed in the UK in 1822 in response to abusive conditions endured by horses and cattle. Then in 1824, the Royal Society for the Prevention of Cruelty to Animals was established—the world’s first animal protection organization.[8]

WHAT IS THE ANIMAL WELFARE ACT?

The Animal Welfare Act was initially spurred by growing public awareness of animal cruelty within research laboratories. The Act has since expanded to oversee welfare in entertainment industries and during transportation from one location to another. The Act also contains provisions for regulating who may possess or sell certain animals. Enforced by the Animal and Plant Health Inspection Service and the United States Department of Agriculture, the Act is a landmark piece of legislation. However, it functions only as a minimum level of protection for certain animals and leaves much to be desired.

WHICH ANIMALS DOES THE ANIMAL WELFARE ACT COVER?

The Animal Welfare Act’s jurisdiction currently includes dogs, cats, primates, hamsters, guinea pigs, and rabbits. Many animals are not included, such as amphibians and reptiles, horses, rats, and mice, and standards for birds have not yet been set. However, the largest and most notable omission from the Act relates to animals in the food system: The Act does not apply to animals farmed for food or fiber production, such as poultry, cows, pigs, sheep, and goats. Considering that hundreds of millions of farmed animals—including birds—are confined and killed in the nation’s CAFOs every year, these two omissions reveal the inadequacy of the Act to truly protect animal welfare in the US.

Although animal welfare is an important concept to help regulate animal treatment in conditions of contemporary captivity, it can serve to further entrench animal exploitation by sanctioning and normalizing their use in industrial farms, zoos, aquariums, circuses, and research laboratories. Legislation like the Animal Welfare Act can act as a smokescreen for industries that routinely prioritize profits over animal wellbeing. Current legislation is either not applicable or far too lenient in many situations where animals endure the most extreme forms of confinement and exploitation.

Nonetheless, the lives of many domesticated animals would be far more difficult without the baseline welfare protections granted to them by US law and the resulting minimum standards by which relevant companies and individuals must legally abide. With stronger, more emotionally expansive standards for all animals and the development of additional robust standards protecting farmed animals and birds, US protection of animal welfare can continue to evolve until exploitation of captive animals is a thing of the past.

By Stray Dog Institute 11 months ago

The Scale and Consequences of Industrial Animal Agriculture

Livestock in the Global Food System