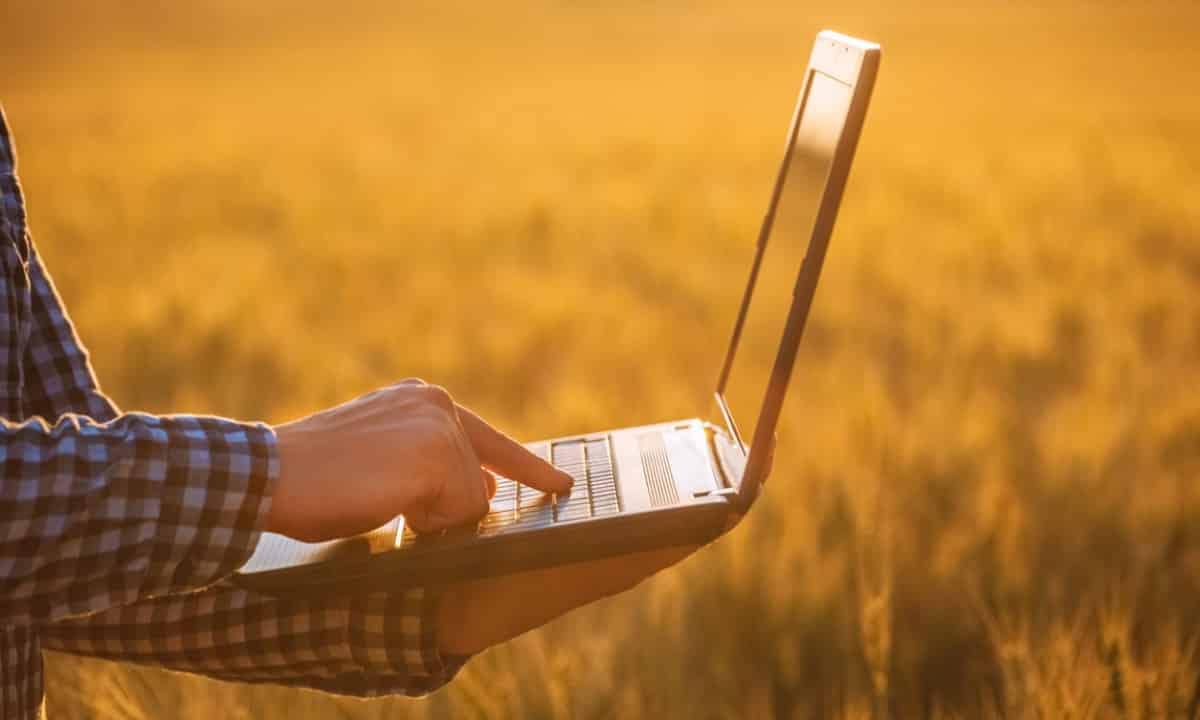 US agriculture differs in key ways from agricultural realities elsewhere in the world. Whereas five of every six farms worldwide are smallholder operations producing food solely for the families who own them, most US farms today produce food for commercial agricultural markets. Increasing corporate control and consolidation has created an industry dominated by large farms, disadvantaged smaller farmers, and spread the use of intensive farming practices like monocropping and concentrated animal feeding operations (CAFOs), which are devastating to the environment and harmful to local communities.

Farms in the US tend to specialize in either raising animals or growing crops, with significant differences between these two systems of production. Animal agriculture is significantly more resource-intensive, using more water and land, emitting more greenhouse gases, and delivering less of the population’s nutritional needs.[1] By comparison, crop farming uses 115 million acres less to generate around 1.5 trillion more pounds of food. Despite the vast potential of plant-based farming to feed more people using fewer resources, most crops in the US go to feed intensively farmed animals.

Modern farms of all sizes navigate complex economic environments shaped by fluctuating markets, uncertainties of production, and changing technologies. Smaller farmers must compete with high-output intensive systems while contending with diminishing resources like water and healthy topsoil. Hard working small farmers are caught, economically and operationally, in this economically and environmentally unsustainable food production system that exploits their labor and land.

HOW FARM ECONOMICS DIFFERS FROM OTHER KINDS OF ECONOMICS

Farm economics—the production, distribution, and consumption of agricultural products across globally interconnected supply chains—is unique because of the essential role that food plays in society and the special conditions inherent in agricultural systems. These conditions include the tendency for food production and farming to be politicized: in the US and other high-income nations, food production is deeply influenced by government financial supports and incentives aimed at shaping markets and dietary patterns.

The US government has significantly influenced farm economics and supply chains by subsidizing certain commodities and providing preferential financial assistance to farmers producing certain kinds of goods. Subsidies may take the form of preferential loans, direct payments, disaster payments, and price supports. By providing subsidies, the US government promotes certain foods in consumers’ diets. The top subsidized crops in the US are corn, wheat, soy, and rice, which are used to create processed food components like high-fructose corn syrup and soy oils, or to feed animals in agriculture. Dairy producers also receive subsidies through federal regulation of minimum milk prices, special protections from falling prices, and premium insurance coverage. Cattle producers received more than $326 million in subsidies in 2020. Overall, the US Department of Agriculture (USDA) spent $52 billion on farm subsidies in 2020, with less than 3% of that going to fruits and vegetables. The system of agricultural subsidies has determined what commodities farmers produce and what consumers eat—creating the predominant US diet of meat, dairy, and processed foods.

Globally, subsidies have shaped supply chains by encouraging high production of meat and dairy and flooding international markets with products at prices that undercut local farmers. Industrial farming operations and large corporations are often best placed to receive the benefits of subsidies, and in turn, they exploit cheap and vulnerable labor forces.[2]

HOW DID INDUSTRIALIZATION CHANGE FARM ECONOMICS?

The industrialization of farming began about a century ago, replacing the subsistence and smallholder farms that once fed the US population with large operations that use mechanized processes and chemical fertilizers and pesticides to achieve high outputs of commodity crops. Profits from agricultural products benefit the largest farms, which represent less than 4% of the total farms in the US but account for over two-thirds of all production and sales.

Industrialized animal agriculture, in which thousands of animals are kept in crowded and unhygienic conditions, has created a pool of low-paying and hazardous jobs which are often occupied by Black, Indigenous and people of the global majority (BIPGM). Immigrants make up around 73% of the US agricultural workforce, typically working long hours for minimal pay in fields, slaughterhouses, and CAFOs.

While intensive crop farming also relies on exploitative labor practices in the name of cost efficiency, animal agriculture is notorious for harming CAFO workers, slaughterhouse workers, and nearby communities. Vertical integration of animal agriculture has increased production efficiency, allowing for higher outputs, but it has reduced farmer autonomy and consolidated production chains within large companies. Vertically integrated companies are involved in all aspects of modern production, from breeding and raising animals to slaughter, processing, and distribution to the consumer. Further, they enjoy greater power to set prices through their control over the supply chain. Farmers own the physical infrastructure (land, structures, and equipment), but must operate their farms according to the dictates of integrators. In the chicken industry, over 90% of all chickens are raised by farmers under contract to large companies, who often have to supplement their income with other jobs outside the agricultural sector.

THE THREE STAGES OF THE FARMING ECONOMY

Food passes through three stages of economic activity between the farm and the consumer’s table. Each of these stages involves different processes, businesses, and types of labor. Combined, these three stages of the US agricultural economy represent 19.7 million jobs, or 10.3% of US employment.

Secondary activities generate value-added goods from the products extracted in the primary stage. These include the processing and manufacture of primary agricultural products prior to their sale to consumers, for example, by converting corn into high-fructose corn syrup, canning fruit, or preparing and packaging cuts of meat. Secondary agricultural activities also include the processing of non-edible farm products such as cotton into textiles and clothing. This stage of the food and agriculture industry employs 1.2% of the US workforce.

Not all agricultural products pass through all three stages. Some farmers sell their products directly to consumers through farmers’ markets and community-supported agriculture. Direct sales of this sort are often minimally processed, like fruits and vegetables, although farmers may also engage in secondary activities by making breads, jams, ciders, wines, etc., and selling these products directly to consumers. In 2015 the USDA reported that over 114,000 farms engaged in direct sales to consumers. On-farm stores and farmers’ markets accounted for over one-third of such sales.

WHY DO FARMERS FACE ECONOMIC DIFFICULTIES?

A key outcome of US farm policies has been to disadvantage small farms. Smaller farms have faced diminishing incomes for years because subsidies and financial relief programs disproportionately benefit the largest farms, whose profits aggregate to corporations and their shareholders. According to the USDA, between 2013 and 2018, farmers’ incomes decreased by half as prices for farm products steeply declined. While bailout programs from the USDA made up for some of this decrease, in 2019, farm incomes were at their second lowest since 2013.

Another issue created by US farm subsidies is the chronic overproduction of certain commodities, leading to market saturation. This has hit industries like dairy particularly hard, shrinking market opportunities and putting farmers out of business or forcing them to sell their operations to larger farms or corporations. Less-processed commodities like fruits and vegetables receive little government support.

Subsidies have also created inequities in farming by privileging white farmers and large-scale operations over small farms and those owned by farmers who are Black, Indigenous, or people of the global majority. The population of Black farmers, in particular, has declined significantly over the past century, from 14% to just 1.4%, as discriminatory loan policies made it difficult for Black farmers to earn adequate incomes and maintain ownership of their lands.

WHAT FACTORS LED TO THE GROWING ECONOMIC CRISIS IN FARMING?

The many difficulties facing US farmers have been fueled in large part by industrial animal agriculture, which has reshaped the economic landscape of US agriculture. Vertical integration was first implemented in the 1920s in chicken farming, resulting in higher outputs from lower inputs of labor and land. Over the decades, industrialized animal farming paved the way for corporate consolidation. Smaller animal farms have been increasingly challenged by integration and consolidation; for example, the close connection between meatpacking plants and CAFOs gives these two types of large operations an unfair advantage over smaller farmers in dealing with market fluctuations.

Corporate dominion extends to crop agriculture as well. Large corporate farms produce over 30% of high-value crops such as fruits and vegetables. Corporate and large-business efficiencies push down the prices paid to farmers who grow the food while prices for consumers remain the same. Farmers face pressure to “get big or get out,” a situation that results in the disruption of rural communities as farmers are forced to consolidate, work under contract for large industrial producers, or leave their land.

The globalization of US agriculture opened new international markets, but small farmers did not necessarily prosper from these markets. Multinational corporations that benefit from loans, tax incentives, and access to technology engage in global trade that excludes small farmers. Large corporations also engage in political lobbying to influence economic policies in their favor, whereas small farmers lack similar resources and political platforms.

WHAT CAN ADVOCATES DO?

Several organizations are working to support farmers who wish to transition from animal agriculture and industrial commodity monocropping to more sustainable plant-based farming models that offer more resilient economic opportunity. Farmers and farmer advocates can learn more from these organizations about how to support sustainable farming and support transition.

By Stray Dog Institute 4 weeks ago

The Changing Economics of Farming

The Potential Benefits and Pitfalls of Plant-based Foods

The Impact of Consuming Animals