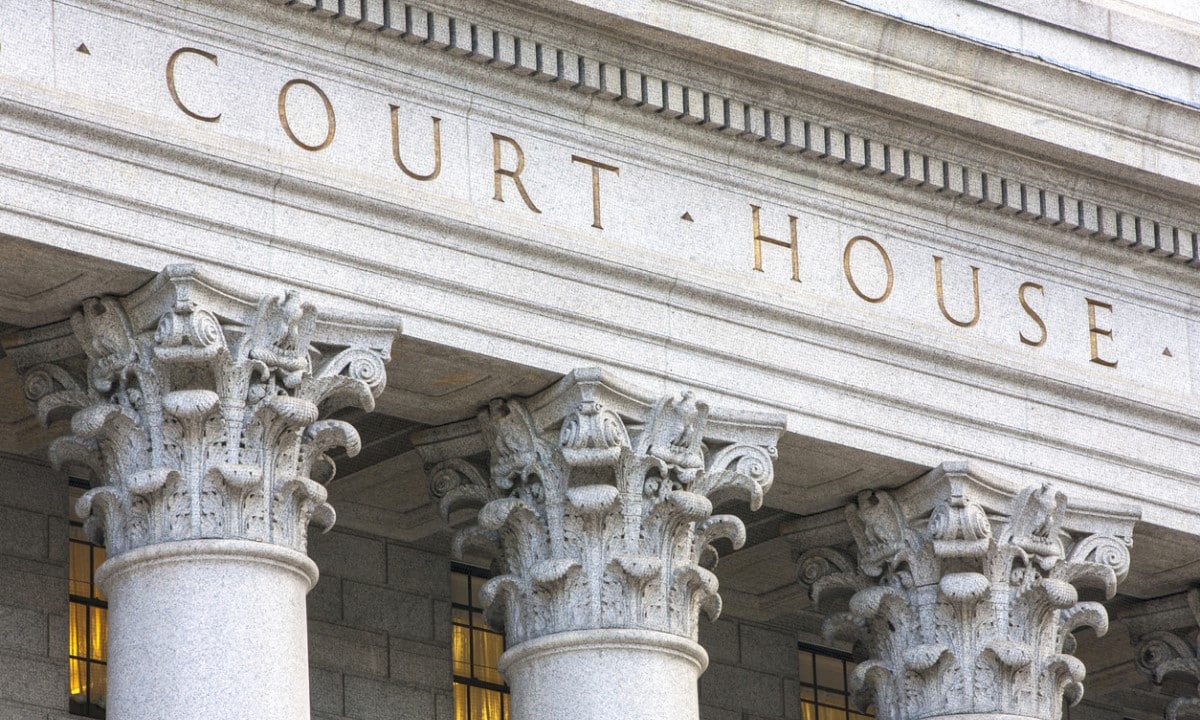 A promising new approach to agricultural transformation is emerging across the US, one that could disrupt the business-as-usual future of agribusiness dominance and turn US food production toward a future that is sustainable, inclusive, humane, and capable of feeding everyone.

Working at the intersection of the myriad harms generated by factory farming—which can severely damage everything from animal welfare to workers’ rights, public health, environmental health, the climate, racial equity, and environmental justice—this budding approach aims squarely at whole-systems change.

Movement leaders say the systemic approach may be the most encouraging form of intervention in decades.[1] Jessica Culpepper, an attorney and director of the Public Justice Food Project, notes that when movement allies do not think systemically, agribusinesses can more easily undercut their successes, e.g., a legal win in court might be undermined later by new industry-friendly laws. In a systemic context, however, success can be more robust and durable—advancing strategic goals like helping movements gain members, shifting the public narrative around agribusiness, or winning the support of political allies. “We’re stronger when we work in coalition across movement sectors,” Culpepper says, “especially when it’s community-driven and led by the people most impacted.”[2]

With its holistic perspective and strategic framing, the systemic approach can start to turn the tide toward agricultural transformation. And along the way, it creates more avenues for contribution—from funders, voters, politicians, researchers, and movement advocates themselves.

US agribusiness is a highly profitable industry. In 2020, agribusiness was the only US industrial sector to register significant annual growth (3.4%) in the face of the lockdowns, unemployment, and reduced consumer spending brought on by the COVID-19 pandemic. In 2021, USDA projects net farm income will grow by nearly 20% (or $19 billion) over 2020, reaching $113 billion.[3] Total crop receipts are expected to rise nearly 20% (or $38 billion), chiefly on sales of corn and soybeans, while total animal/animal-product receipts are projected to rise 16% (or $27 billion), reaching $192 billion, mostly due to higher sales of hogs, cattle, and broiler hens.

Along with exceptional profitability, the industry has for decades boasted low retail prices for its meat products (although prices have been climbing since early 2021, due to a combination of pent-up demand and supply-chain issues following the pandemic lockdowns).

Agribusiness claims its profitability and low prices are a direct result of its first-rate efficiency. But these profits conceal how corporate agriculture externalizes massive unaccounted costs to humans and the environment. Among the toxic debris of factory farming are severe pollution of air, soil, and water; exacerbation of climate change; harms to human health; financial adversity for farmers, workers, and local communities; and global antibiotic resistance.[4]

A major impediment to agricultural reform is that these heavy costs have stayed mostly below the public radar, allowing the industry to enjoy largely unbridled growth. Therefore a key goal of the systemic approach is to bring agribusiness’ externalized costs to light so that policymakers and the public can understand the true liabilities of industrial agriculture and begin meaningful discussion about the future of US food production.

Industrial agriculture corporations have spent billions of dollars promoting a productivist narrative to policymakers and the public. The agribusiness narrative asserts the following:

Agribusiness claim 1. By 2050, global food production will need to double to feed a world population of 10 billion.

Agribusiness claim 2. This doubling will require intensified use of genetically modified seeds and chemical fertilizers and pesticides (“crop protection”).

Agribusiness claim 3. Only industrial agriculture has the economies of scale, technologies, and scientific expertise necessary to feed the world.

Agribusiness claim 4. Regulation is unfair to the farmers who work hand-in-hand with agribusiness and should be minimized or abolished.

This narrative is riddled with shaky assumptions. While improvements to food production and distribution are necessary, the stated need to “double” food production is based on outdated 2005 research.[5] Moreover, it ignores the fact that hunger occurs not because food is scarce, but because food is used and distributed unwisely. For example, current food-distribution structures contain deep inequities that promote food insecurity in poorer populations. On top of this, in the US alone an estimated 30–40% of food is wasted. And meat production uses nearly 80% of global agricultural land while yielding less than 20% of the world’s calories.

The productivist perspective also mistakenly extrapolates the future from current trends. For example, it assumes that developing and emerging economies will continue to move into the middle class, and that when they do they will adopt the same consumption patterns as today’s wealthier consumers. In fact, most of these economies have been hit hard by COVID-19, reversing decades of economic progress, and face serious disturbance from climate change.[6]

Despite its inaccuracies and hidden agendas, the agribusiness narrative has become an assumed truth among most policymakers and the public. Replacing it with a more accurate and inclusive view is a crucial dimension of agricultural transformation—and one where the systemic approach can be a vital intervention.

BENEFITS OF THE SYSTEMIC APPROACH

As the systemic approach is adopted more widely, it is demonstrating how intersectional strategies can reach beyond the case-by-case achievements of litigation or lobbying. Systemic initiatives mine all perspectives on an issue for transformational opportunities that can contribute to legal challenges. Compared to traditional litigation, systemic approaches may involve a wider range of stakeholders in strategy creation: impacted citizens, farmworkers, movement advocates, legal allies, scholarly researchers, and politicians. By building and leveraging public awareness, systemic approaches can effectively challenge legislators and regulatory agencies to enforce existing laws or enact new ones.

The goal of systemic approaches is to generate interventions that can yield enduring, intersectional benefits. These benefits may include the following:

A watershed example of the systemic approach is the case of Mountaire Farms, a poultry processing plant in Millsboro, Delaware. For several decades the operation contaminated local water supplies with effluent streams that contained up to 41 times the permitted levels for nitrates and up to 5,500 times the permitted level for fecal coliform bacteria, among other pollutants. A community of several hundred, mostly Black, families near the farm sought help from congressional representatives and Delaware’s Department of Natural Resources and Environmental Control (DNREC), but were ignored.[10]

In 2017 the community’s organization, Protecting Indian River, contacted Maria Payan, a nationally known advocate and senior regional representative for the Socially Responsible Agriculture Project (SRAP), an education and advocacy organization for people harmed by factory farming. Payan recalls, “People in every house [adjoining the Mountaire plant] had cancer, seizures, children with learning disabilities, a son who’d died of asthma…. Walking down that lane was like walking through Walter Reed Medical Center. Animals were having seizures, birth defects, miscarriages. Regulators were not enforcing the rules, and politicians were not addressing it legislatively.”[11]

SRAP began providing the citizens with free training in media relations and community organizing. Food & Water Watch (FWW), a national NGO that focuses on corporate and government accountability for food and water, created an advocacy strategy that included outreach to elected officials and DNREC. Together with Public Justice, these allies provided their services to the community pro bono. Local and national media began publicizing citizens’ stories. Sacoby Wilson, Ph.D., an environmental scientist at the University of Maryland-College Park School of Public Health, conducted research linking CAFOs’ toxic exposures to higher rates of special education and disabilities in Delaware, especially among low-income and BIPOC communities.

Then Public Justice filed a notice of intent to sue Mountaire for violations of the federal Resource Conservation and Recovery Act (RCRA, the nation’s principal law governing hazardous-waste disposal)—a move that “got everyone’s attention,” Culpepper recalls.[12]

Events started moving fast. A congressional delegation visited the community, and DNREC brought a hard-hitting enforcement case against Mountaire. Ultimately, this led to Mountaire not only overhauling its own water treatment and groundwater monitoring systems, a $120 million project, but also to installing about $50 million worth of new wells for the affected households. In a win for animal welfare, the enforcement action also stopped Mountaire from installing a new poultry kill line.

More successes followed. Two civil suits were filed by external law firms on behalf of the community; in 2020 Jacobs & Crumplar won a private settlement for a group of about 100 neighbors, and in 2021 Baird Mandalas Brockstedt won $65 million for almost 3,000 plaintiffs in a class-action suit. Meanwhile, Dr. Wilson and other researchers began to work with the community in a groundbreaking DNA-sampling study that is expected to affirm the poultry operation’s responsibility for serious air quality issues.[13]

Perhaps most remarkably, after visiting the community, Delaware’s congressional representatives pushed through a new national law protecting water infrastructure. America’s Water Infrastructure Act of 2018 (AWIA) is a set of far-reaching provisions to the Safe Drinking Water Act, including over 30 mandatory new programs. All Americans affected by unsafe drinking water now have much stronger standing—demonstrating how the systemic approach can stimulate action from legislators and catalyze long-term structural changes.

“This is our model,” says Culpepper. “Driven by the impacted community and partnering with groups that know how to amplify organizing and narrative work, together we achieved a groundbreaking win—not just fixing the community’s water supplies but getting a national provision passed.”[14]

Payan adds that Delaware is currently considering amending the state’s constitution to include rights to clean water and clean air. “This work has changed so many things. That’s the power of the intersectional approach.”[15]

As potent as the systemic approach is proving to be, movement advocacy and litigation remain difficult and expensive. “We are often on the defensive because the industry out-resources us and can move faster,” says Public Justice’s Culpepper.[16] Funders can help most effectively by adopting a systemic mindset themselves, she says. “Recognize there are no silver bullets. Do a structural analysis, identify the roots of the problem, think in terms of how we can build collective power. That achieves a whole different level of success.”[17]

Similarly, advocacy groups can make sure they’re rooted in holistic reform. Large national NGOs, for instance, can support the groups working on the ground by partnering with them to build authentic, long-term relationships.

Voters need to put their political support—not just their food dollars—where their ideals are. They need to elect officials who take seriously animal and worker welfare, citizens’ rights to a nontoxic environment, and the other issues spawned by factory farming.

Politicians can powerfully amplify their impact by working not only to reform agribusiness, but also to incentivize sustainability in farming. “There’s no infrastructure yet for sustainable farming at scale,” notes Maria Payan. “Building that is as important as righting the wrongs of factory farming.”[19]

The systemic approach to agricultural transformation is rising on a broad tide of related trends. Justice movements (Black Lives Matter, #MeToo, environmental justice, economic justice, and others) have raised awareness of structural inequity and intersectionality. Climate change and environmental degradation are reaching crisis points. Younger farmers and consumers are bringing a renewed commitment to organics, localization, and producer-consumer relationships. The pandemic has left many Americans questioning meta-structures such as consumer capitalism and corporate power. On a wide scale, values and assumptions are being revisited.

This convergence is creating a rare opening for agricultural transformation. The more the systemic approach is applied, the more stakeholders will come to see its synergistic benefits. “The stars are aligning,” Payan says. “We have a whole system to change. I believe you’re going to be seeing a lot more of this approach.”[20]

By Stray Dog Institute 4 months ago

The Systemic Approach to Agricultural Transformation